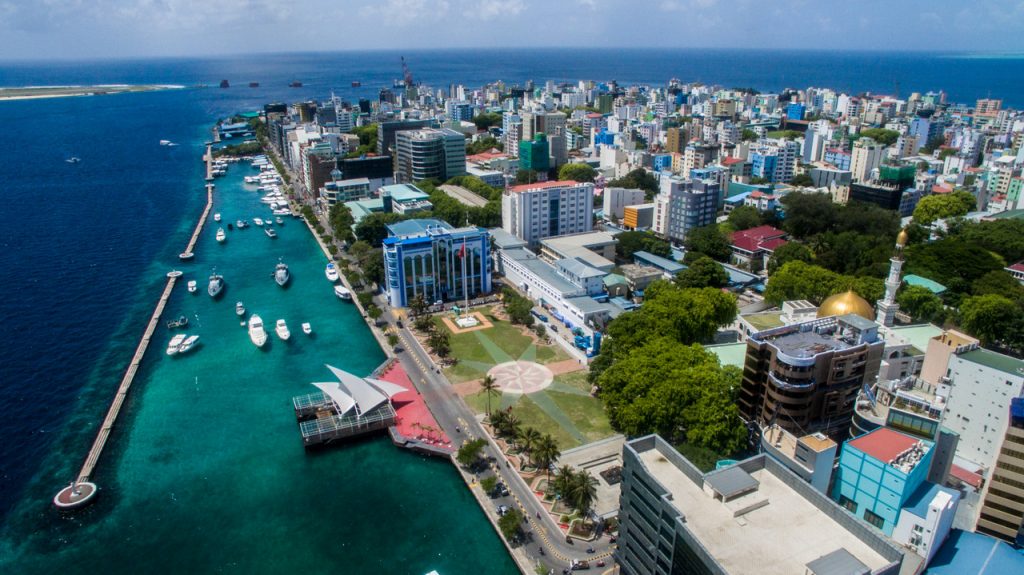 An aerial view of the capital Male. MIHAARU PHOTO/NISHAN ALI

The recent government decision to limit food subsidy has triggered further public anger after reports of a rent hike in the capital Male.

According the revised policy the subsidy on staple food would now be made available to the needy through the national social protection agency with effect from October 1.

The change has lead to a significant hike in prices for rice, flour and sugar in the archipelago sparking a chain reaction of increased prices in most commodities.

But the rent hike would put more pressure on the government which is already under intense criticism from opposition political parties.

The decision to cut off food subsidy comes in the wake of the public having been forced to pay more for electricity.

Maldives’ state electric company has announced a decision to charge four laari from each unit of electricity from this month resulting in the hike of electricity rates in the archipelago.

The fuel surcharge applicable from September 19 was prompted by the rising diesel prices, according to State Electric Company (STELCO).

The move has already sparked protests in the capital Male and throughout the atolls, calling on the government to reverse its decision.

Several hapless tenants told Mihaaru that they face a 50 percent increase in rent.

“My landlord said there is no other choice. The standard of living has doubled since the cut-down on food and electricity subsidy,” a Male resident told Mihaaru.

Fathimath Liusha is another rent paying resident who barely makes ends meet said she was distraught by the government decision.

“We don’t have a choice. Even if we have to starve, we have to pay the rent the landlord demands. It’s a struggle in itself to find a place in Male. Even if we find a place, the demand for advance rent is more than what we earn in five years,” Liusha bemoaned.

Government has continued to defend the move to cut down on subsidies by insisting that the decision was prompted to secure foreign aid.